I’ve been quite busy with the posters and designs, here’s a quick overview of the recent work I’ve run through! 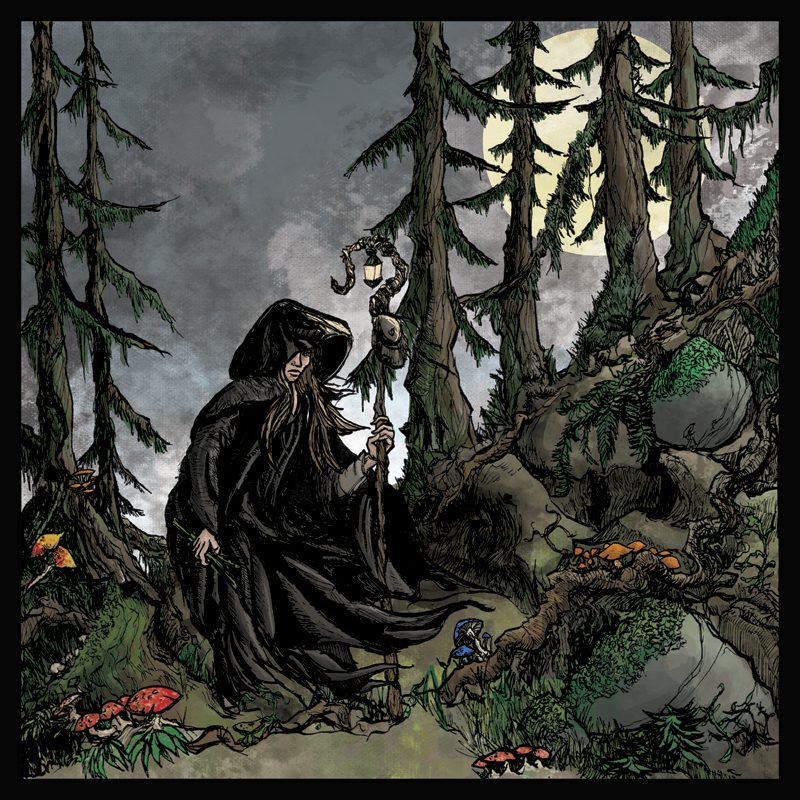 Linden Hollow – Luna
I had the pleasure to work on the album artwork for the Ohio folk band Linden Hollow’s latest release, Luna. Get the album HERE! 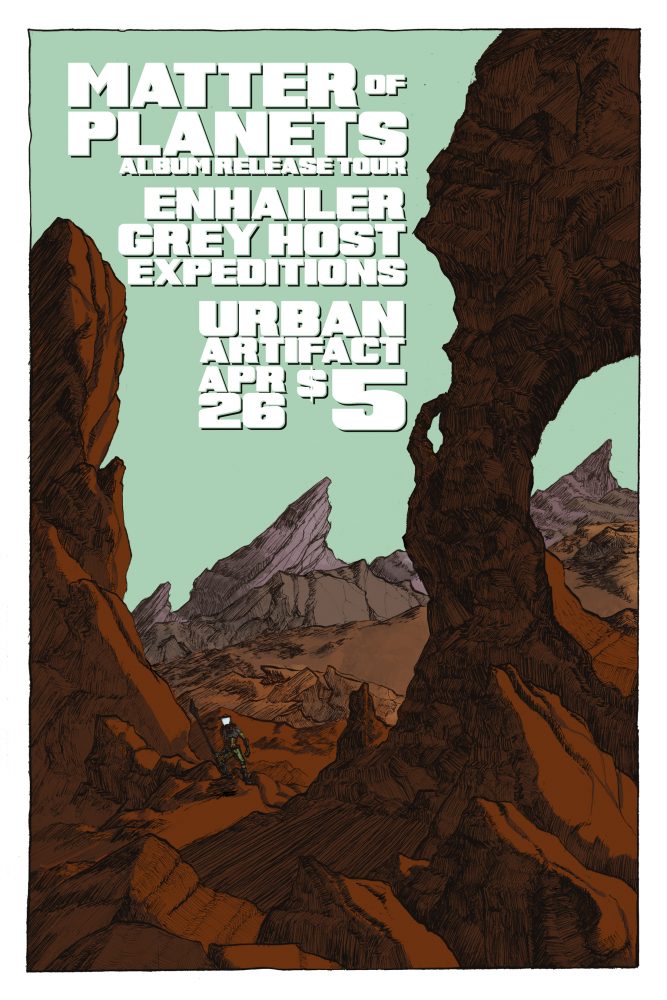 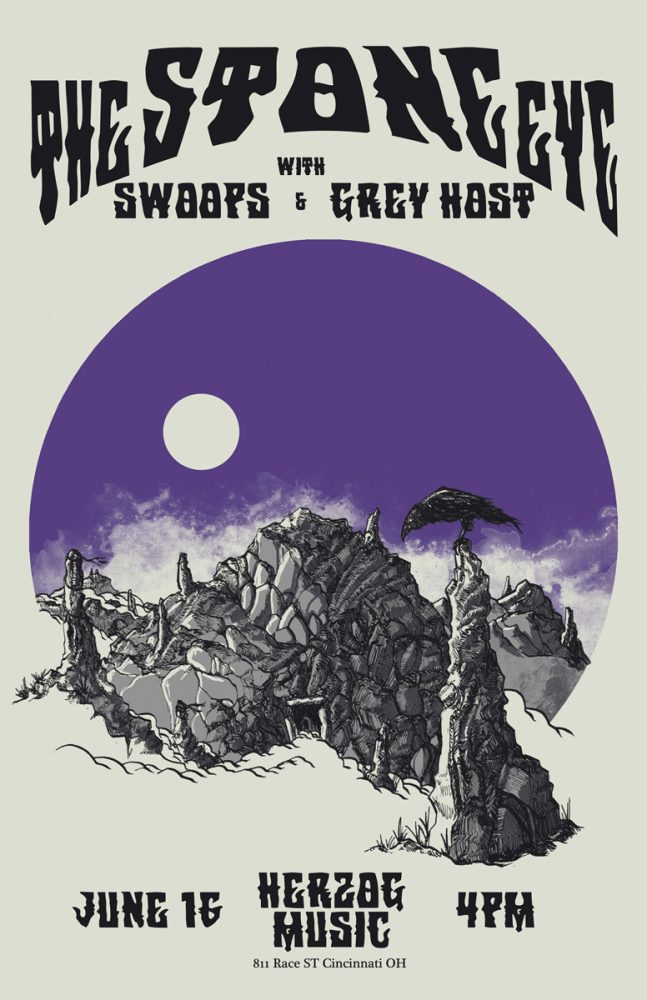 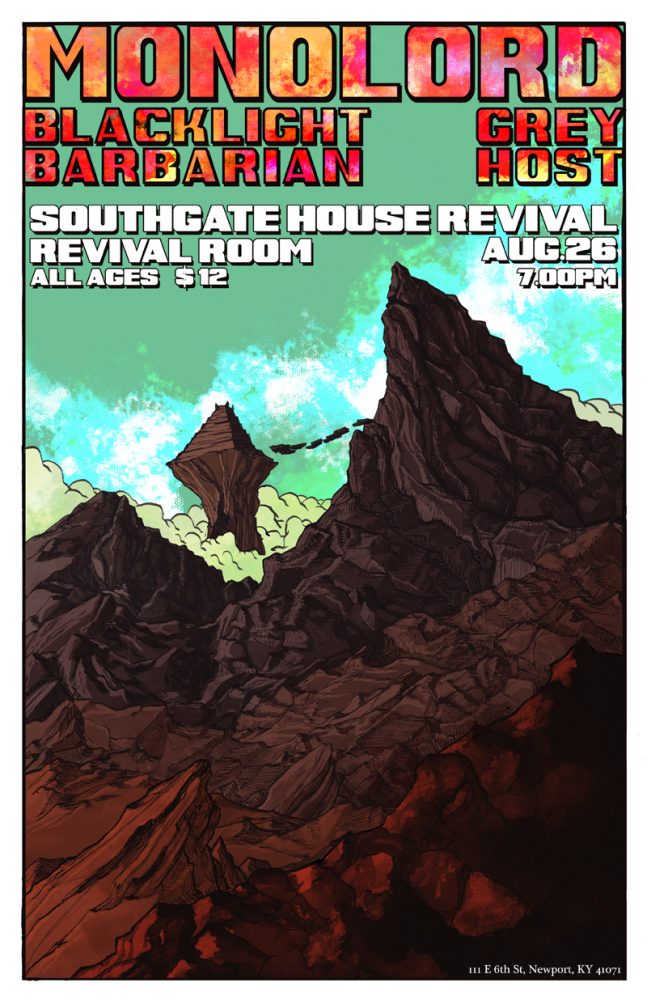 A slew of posters for shows this summer.

Look for a new post in probably a few months?

My good friend Sean M Peters and I have spent the better part of a year working on a continuous story of adventure, betrayal, and survival entitled Quantum Titan. After printing a small run in September for Cincinnati ComiCon, I’m happy to announce our first book, Quantum Titan: Forerunner, is for sale online. Forerunner is the prose prequel of our upcoming Quantum Titan comic. Check out the book, and look to the skies for new updates on the project. 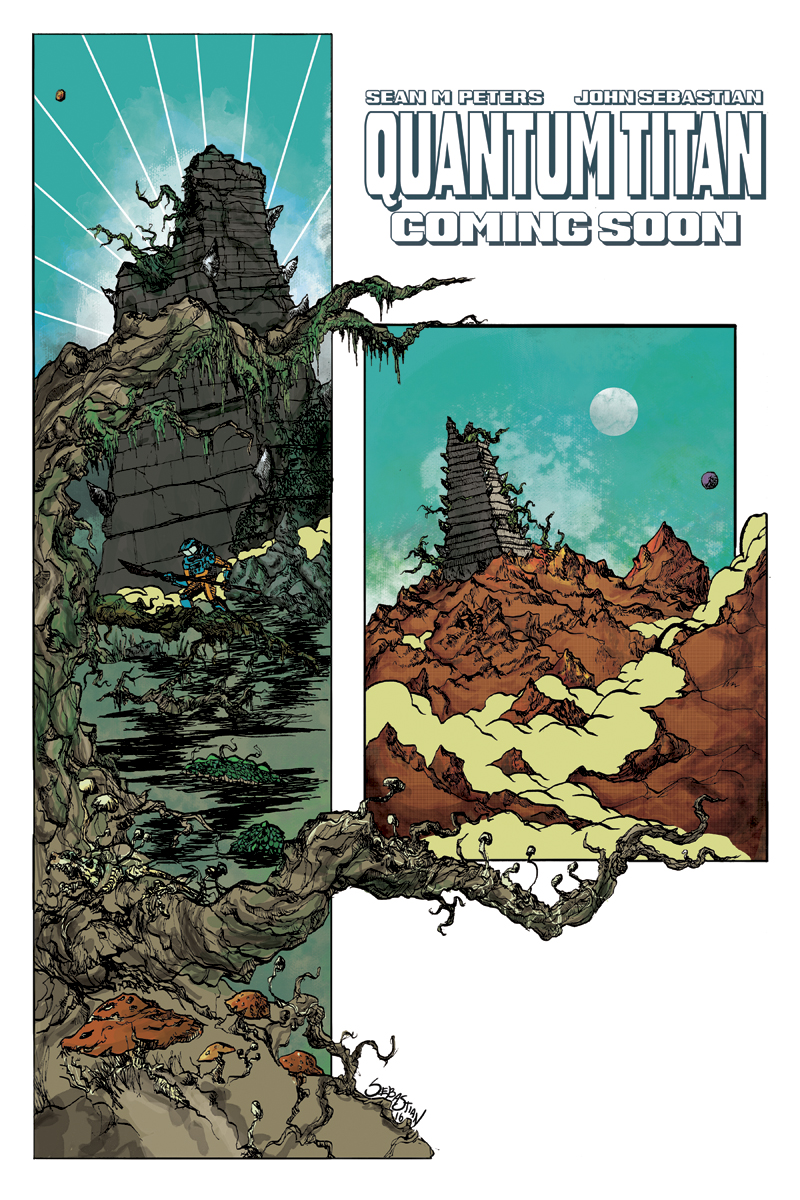 I now have a threadless store – I’ll be adding new designs on there for purchase as I get time to do them. It’s real cool.

Some new works for Grey Host and beyond: 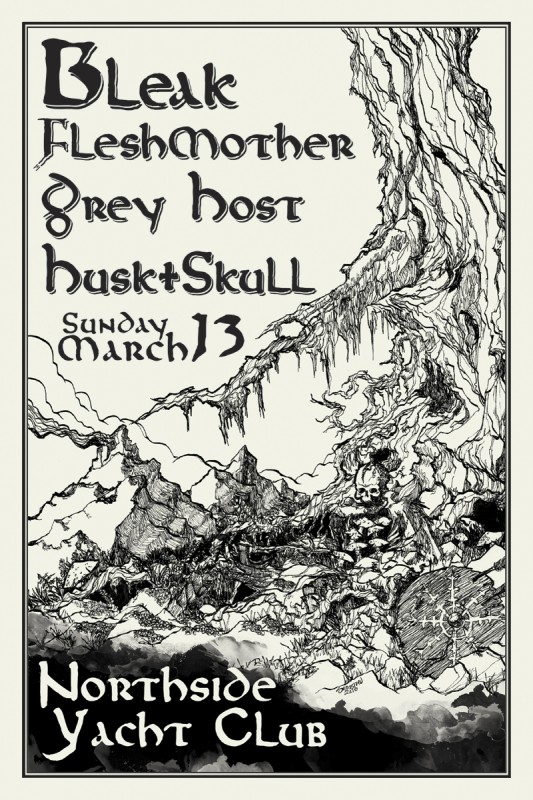 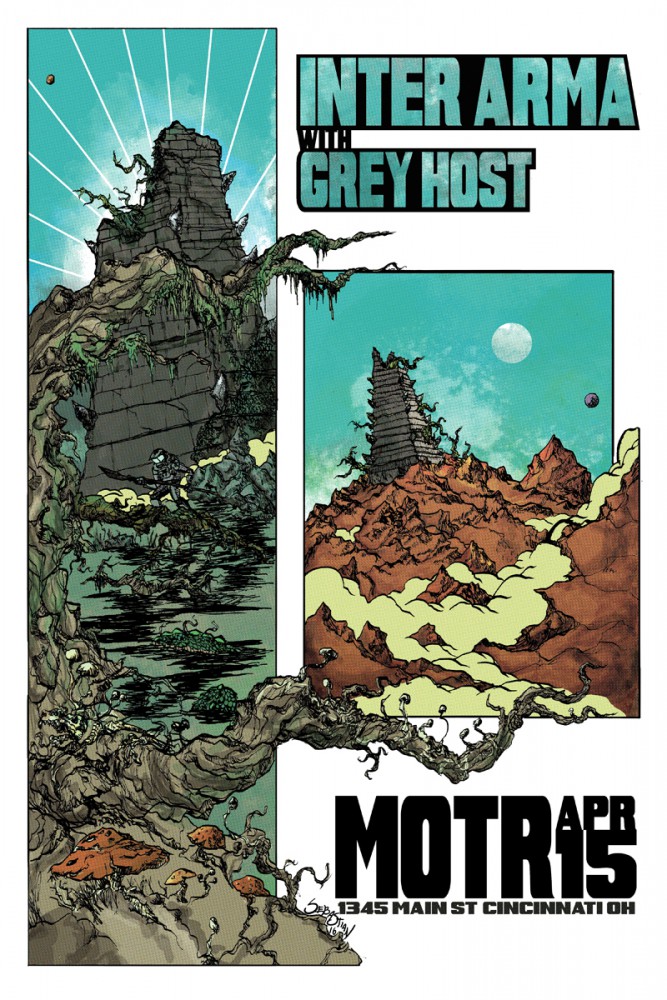 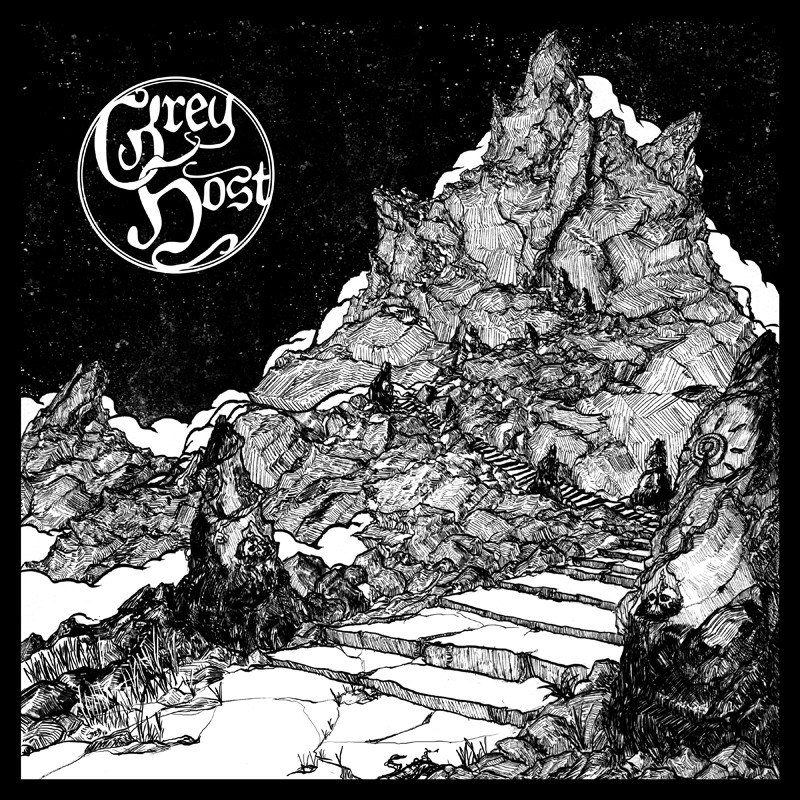 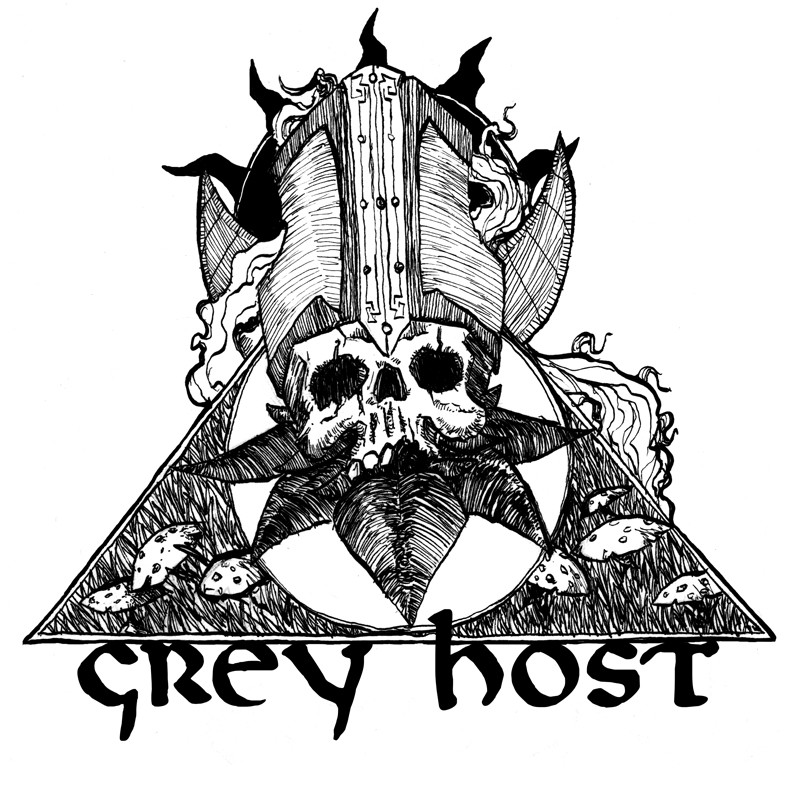 I had a fun time making this sticker design for Cincinnati band Calumet: 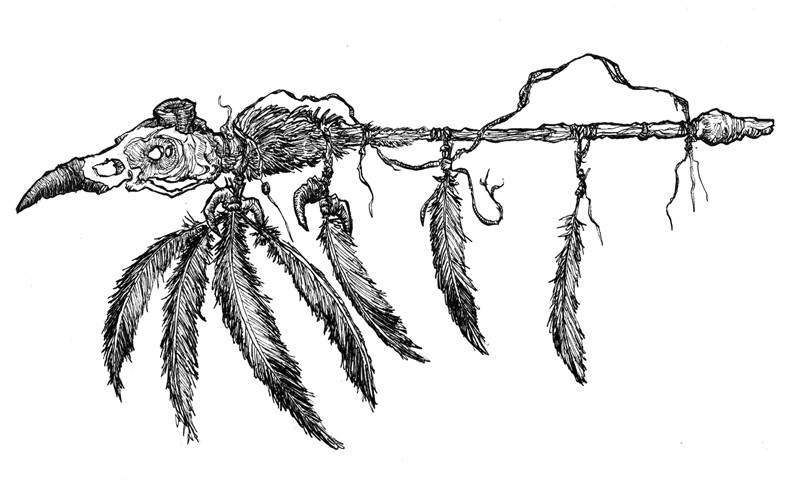 The Traveller has returned.

It’s been a few months since my last update. Whoops! Here’s some recent work.

Moons over Some Other Land, Ink and Watercolor piece for Quantum Titan. 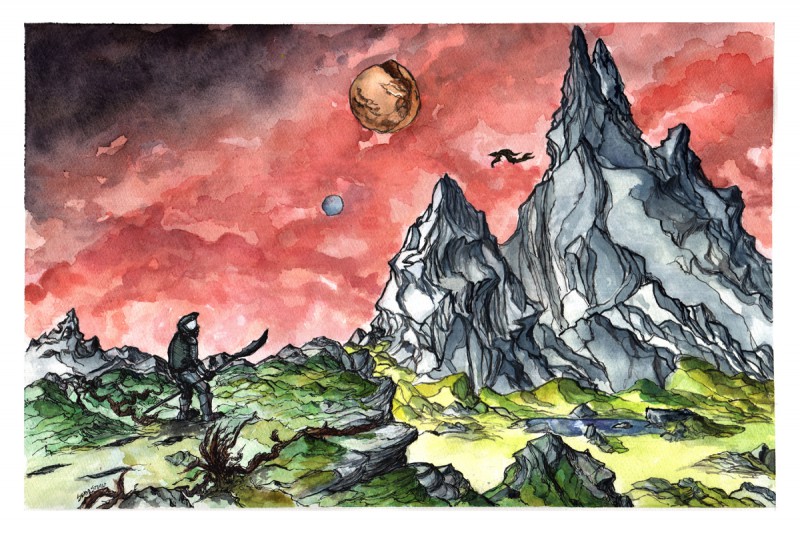 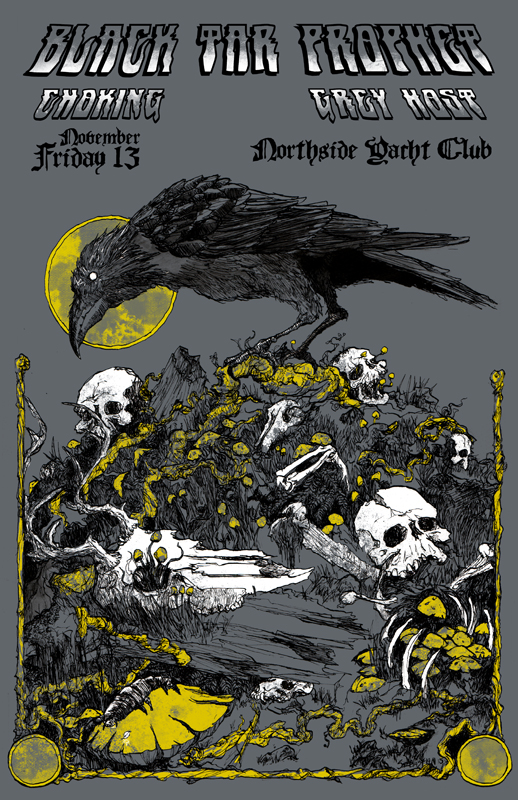 Card 18 of the Stormcrow Tarot – The Moon 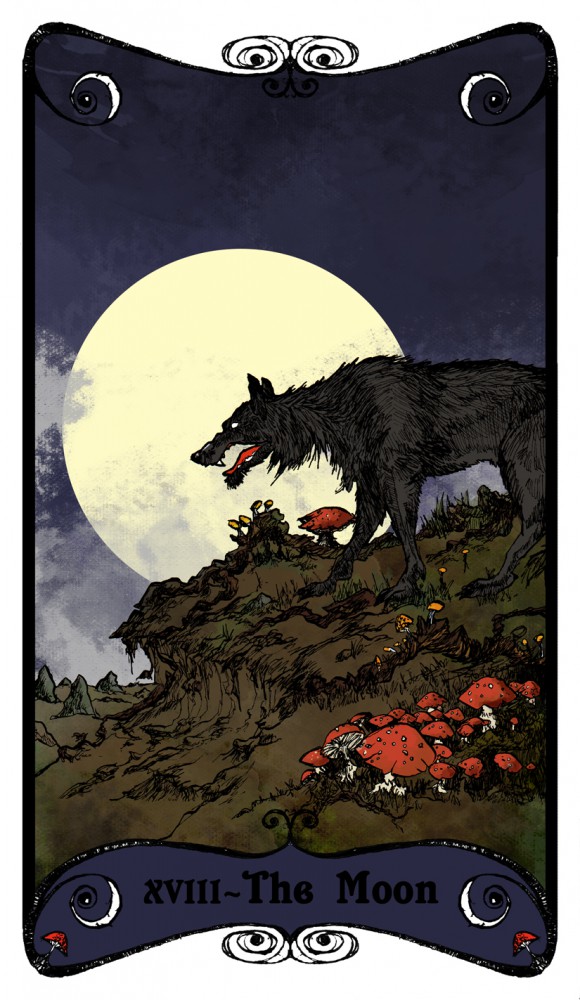 Some new work as I prepare for Cincinnati ComiCon next month. 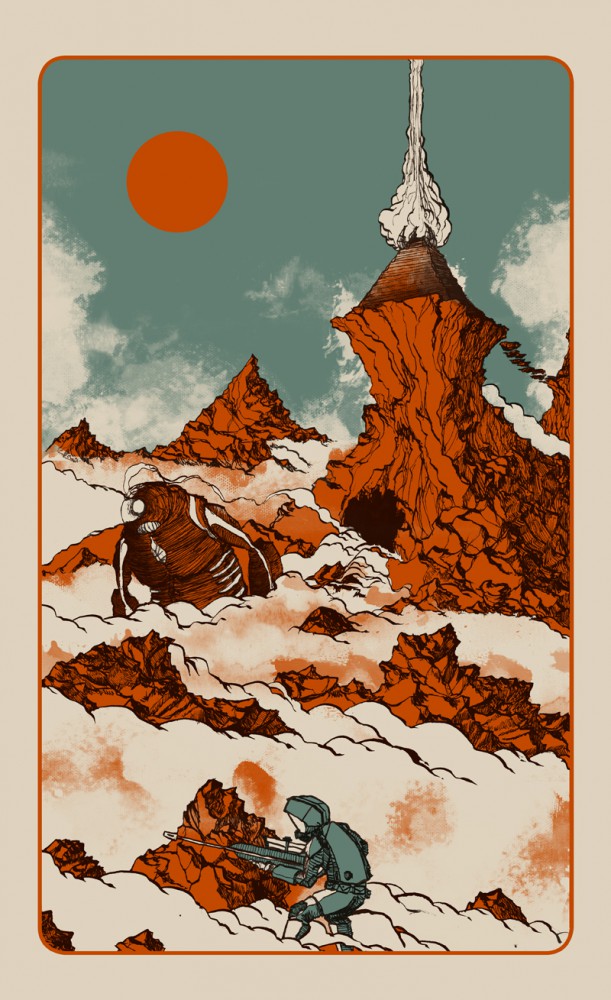 Card #4 of my Hex Arcana Tarot series – The Earth 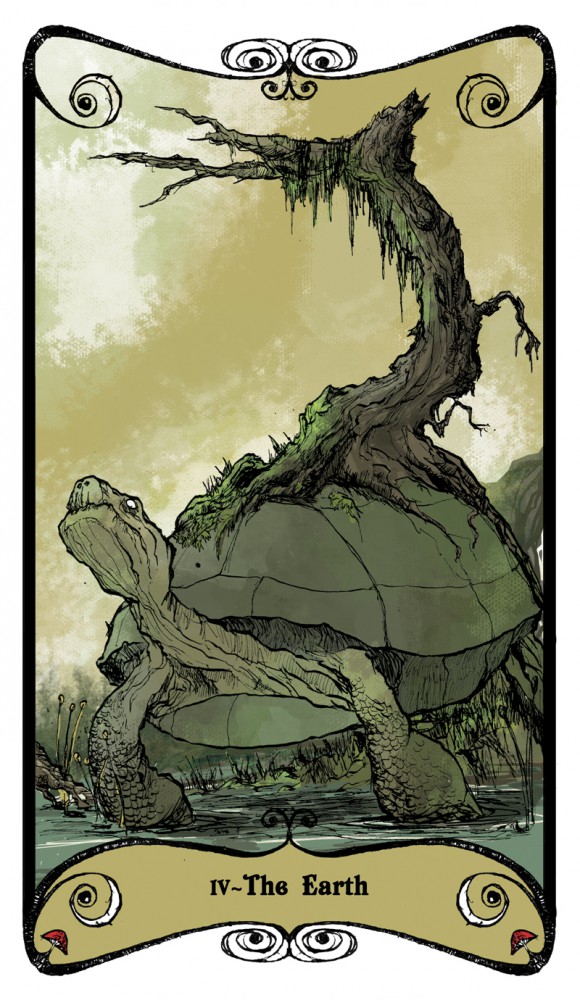